What is this cartoon saying? As absurd as it may seem it highlights a very important message about how mental illness is stigmatised and not an equal to psychical health. The truth of course when someone is physically ill there is different treatment route you take to help remedy the illness. But when confronted by mental health, why does the treatment route differ vastly from physical illness. With a physical illness it is treated quickly and have received the care they need in A&E for example, discussing openly about their illness. In comparison, a mental illness has delayed treatment ( often cases of no treatment at all), but no one is willing to discuss the illness, openly.

There still remains a huge divide between having a mental illness and physical illness. It is seen that a physical illness is more acceptable and recognisable in society, socially accepted. On the other hand, a mental illness is kept quiet, only whispered about and not mentioned in public. When others know someone is mentally ill, they act differently around them whispering and staring, often moving away suddenly. The sufferer at this point will feel shame and outcast by society. They aren’t seen the same as someone who has a broken leg.

In society today, physical illness is openly discussed, its often an easy subject to talk about and cope with ( not in all circumstances). On the other hand, mental illness people hide in the shadows and whisper about the illness, in fear/shame from the societal judgment and stigma.

Its a well known fact that physical health conditions have a deep rooted scientific basis in society and medicine is widely researched and studied. This means generationally throughout humanity, knowledge of the human body, medicine and physical health conditions are passed on and explored deeper. We study biology at school, we are told of the vast amount of clinical and scientific career routes. It is ingrained from when we are young,  to understand physical illness, which medications are available for us when we have a headache for example. Whether we choose to or not, when it comes to the human body we have knowledge and understanding of physical conditions and treatments. But the part of the body which is a mystery still remains the human brain. Throughout our early years of learning, we are told much about the workings of the brain, what happens when something goes wrong and what conditions come of this. Understanding the brain is seen as a option in higher education and so is the study of mental health disorders.

The first time I learnt, researched and studied the human brain was in college, as I picked Psychology as one of my a levels. Therefore for the most part of my life, I never knew about mental illnesses, how they occur, the effects and treatment.  But at the same point, I knew about how the rest of the human body works, how the organs work and what occurs if something goes wrong. Why is this?? Answer: its how society is structured.

Physical illnesses are visibly treatable and has visible symptoms, whereas a mental health illness is not visible and the symptoms are not often obvious.

I’ve been apart of many conversations, especially amongst my family, where having high blood pressure, diabetes or a heart condition etc are openly discussed, regularly, without much difficulty or shame. However, I’ve never heard/been apart of any conversations about depression, anxiety etc, this shows there is an element of shame. Each community has there own beliefs and boundaries on many topics, but what we can see is for the majority of them mental health is very much a taboo. Communities such as the south Asian, afro-Caribbean are two communities which have the lowest engagement with mental health services. In addition, males find it more difficult to express their emotions than females, and also less likely to engage in mental health services.

These are just examples of how our society is innately structured and throughout every generation, we abide by the unspoken laws and boundaries within them. Our education systems are built around this, being biased and exclusive on which information is taught. Yes we cant help that this is how we’ve been brought up, but recognising it now, we can start to change this so the next generation learn from a young age about mental illness.

This change has begun, as schools ae now teaching children to talk about their emotions, they have mindfulness classes/sessions, and school subjects now include learning about the brain and mental illness. Workplaces are incorporating mindfulness sessions, recognising that someone may not go into work because they are having a bad day due to anxiety or depression etc. More and more celebrities are highlighting mental health and campaigning to raise awareness. All these positive steps forward are occurring, and a shift happening in society to being more inclusive and accepting of mental illness.

But why do sufferer’s still feel shame, unable to talk about their illness and carry the burden on their own?

Harsh answer is: there is a pattern in society for ‘condition of the month’. Currently suicide is gaining a lot of media attention, through celebrities. But what about Joe Bloggs whom has suffered with depression for years, made several attempts to end his life and is living isolated from the community. Does he not get media attention? This is the real side of the illness, the ugly truth. Its not all straight forward as made out in the media. Its endless suffering and fighting a battle daily in hopes of not loosing yourself to the illness.  Every second someone commits suicide somewhere around the world, and even at that massive extent of human life loss,  it isn’t highlighted until its suicide prevention day, mental health awareness month or a celebrity unfortunately commits suicide. In mainstream news, as much as we get up-dates in medical research, we should also receive up-dates and news alerts in psychological/psychiatric research. This will continuously expose the general public to mental health and create an equal mindset between physical and mental illness.

Physical illness is seen as a collective condition, where the individuals feel comfortable discussing the illness, treatment and the effect upon them, openly.  We find mental health is more an independent condition as the sufferer feels isolated not part of a collective. They fail to realise the person next to them or opposite them also is suffering in the same way they are.  Society easily turns a blind eye to things they don’t see, feel or have enough knowledge upon. 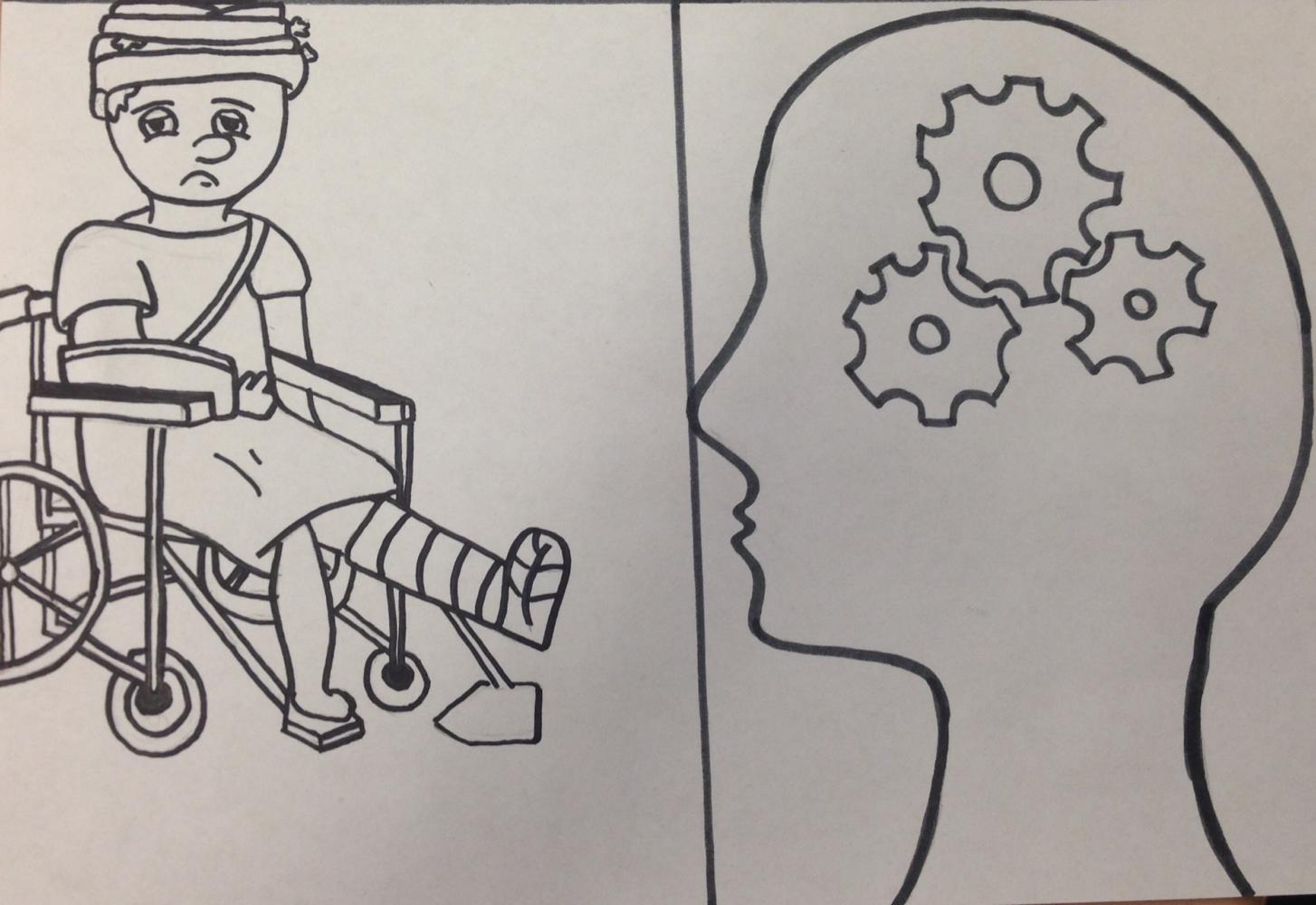 Published by Mental Health In Your Words

My name is Monroope Phull, I’m a BABCP accredited Cognitive Behavioural Psychotherapist and BACP Person-Centred Therapist. I have vast clinical experience in various clinical settings and areas of psychology. I'm a very motivated individual, who wants to provide support, advice and alternative pathways, to those with a mental health condition. My goal is to spread awareness and knowledge to those with and without a mental health condition. If this blog helps all but one person, i would have achieved my goal. Thank you for supporting me! View all posts by Mental Health In Your Words

2 thoughts on “Part 1 of the Physical vs Mental Health illness debate.”